Eugenics is a set of beliefs and practices that aims at improving the genetic quality of the human population.

Alternatively, gene selection rather than “people selection” has recently been made possible through advances in gene editing. The exact definition of eugenics has been a matter of debate since the term was coined.

While eugenic principles have been practiced as far back in world history as Ancient Greece, the modern history of eugenics began in the early 20th century. A popular eugenics movement emerged in the United Kingdom and spread to many countries.

The origins of the concept began with certain interpretations of Mendelian inheritance, and the theories of August Weismann.

Historically, the term has referred to everything from prenatal care for mothers to forced sterilization and euthanasia. To population geneticists, the term has included the avoidance of inbreeding without altering allele frequencies.

Edwin Black, journalist and author of War Against the Weak, claims eugenics is often deemed a pseudoscience because what is defined as a genetic improvement of a desired trait is often deemed a cultural choice, rather than a matter that can be determined through objective scientific inquiry.

Early eugenists were mostly concerned with perceived intelligence factors that often correlated strongly with social class. Eugenics also had a place in medicine.

Eugenic policies have been conceptually divided into two categories. Positive eugenics is aimed at encouraging reproduction among the genetically advantaged; for example, the reproduction of the intelligent, the healthy, and the successful. 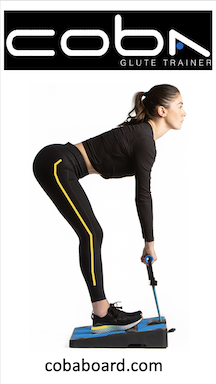 In this period, eugenic ideas were espoused across the political spectrum. Consequently, many countries adopted eugenic policies meant to improve the genetic stock of their countries.

Such programs often included both ‘positive’ measures, such as encouraging individuals deemed particularly ‘fit’ to reproduce, and ‘negative’ measures such as marriage prohibitions and forced sterilization of people deemed unfit for reproduction.

People deemed unfit to reproduce often included people with mental or physical disabilities, people who scored in the low ranges of different IQ tests, criminals and deviants, and members of disfavored minority groups.

The eugenics movement became negatively associated with Nazi Germany and the Holocaust when many of the defendants at the Nuremberg trials attempted to justify their human rights abuses by claiming there was a ‘rightful’ policy.

Since the 1980s and 1990s, new assisted reproductive technology procedures became available, such as gestational surrogacy (available since 1985), preimplantation genetic diagnosis (available since 1989) and cytoplasmic transfer (first performed in 1996).

A major criticism of eugenics policies is that, regardless of whether “negative” or “positive” policies are used, they are vulnerable to abuse because the criteria of selection are determined by whichever group is in political power.

However, the term “eugenics” to describe the modern concept of improving the quality of human beings born into the world was originally developed by Francis Galton.

Galton had read his half-cousin Charles Darwin’s theory of evolution, which sought to explain the development of plant and animal species, and desired to apply it to humans. Galton believed that desirable traits were hereditary based on biographical studies. 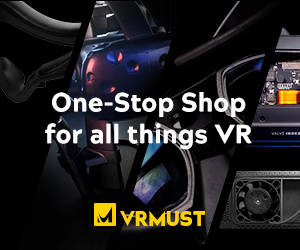 Eugenics became an academic discipline at many colleges and universities and received funding from many sources. Organisations formed to win public support, and modify opinion towards responsible eugenic values in parenthood, included the British Eugenics Education Society of 1907, and the American Eugenics Society of 1921.

Both sought support from leading clergymen, and modified their message to meet religious ideals. Three International Eugenics Conferences presented a global venue for eugenists with meetings in 1912 in London, and in 1921 and 1932 in New York City.

As a social movement, eugenics reached its greatest popularity in the early decades of the 20th century. At this point in time, eugenics was practiced around the world and was promoted by governments and influential individuals and institutions.

Many countries enacted various eugenics policies and programmes, including: genetic screening, birth control, marriage restrictions, segregation (both racial segregation and segregation of the mentally ill from the rest of the population), compulsory sterilization, forced abortions or forced pregnancies, and genocide.

Most of these policies were later regarded as coercive or restrictive, and now few jurisdictions implement policies that are explicitly labelled as eugenic or unequivocally eugenic in substance.

The scientific reputation of eugenics started to decline in the 1930s, a time when Ernst Rüdin used eugenics as a justification for the racial policies of Nazi Germany.

By the end of World War II, many of the discriminatory eugenics laws were largely abandoned, having become associated with Nazi Germany.

After World War II, the practice of “imposing measures intended to prevent births within a population group” fell within the definition of the new international crime of genocide, set out in the Convention on the Prevention and Punishment of the Crime of Genocide.

The Charter of Fundamental Rights of the European Union also proclaims “the prohibition of eugenic practices, in particular those aiming at selection of persons”. In spite of the decline in discriminatory eugenics laws, government practices of compulsive sterilization continued into the 21st century.

Developments in genetic, genomic, and reproductive technologies at the end of the 20th century are raising numerous questions regarding the ethical status of eugenics, effectively creating a resurgence of interest in the subject.

Some claim that modern genetics is a back door to eugenics.

A common criticism of eugenics is that “it inevitably leads to measures that are unethical”. Historically, this statement is evidenced by the obvious control of one group imposing its agenda on minority groups. This includes programs in England, Germany, and America.

Many of the ethical concerns from eugenics arise from the controversial past, prompting a discussion on what place, if any, it should have in the future. Advances in science have changed eugenics.

With this change, however, there are ethical concerns which lack adequate attention, and which must be addressed before eugenic policies can be properly implemented in the future.

A common criticism of eugenics is that “it inevitably leads to measures that are unethical”. Historically, this statement is evidenced by the obvious control of one group imposing its agenda on minority groups. This includes programs in England, Germany, and America

Many of the ethical concerns from eugenics arise from the controversial past, prompting a discussion on what place, if any, it should have in the future. Advances in science have changed eugenics.

In the past, eugenics has had more to do with sterilization and enforced reproduction laws. With this change, however, there are ethical concerns which lack adequate attention, and which must be addressed before eugenic policies can be properly implemented in the future.

Societal and political consequences of eugenics call for a place in the discussion on the ethics behind the eugenics movement. Public policy often focuses on issues related to race and gender, both of which could be controlled by manipulation of embryonic genes.

Most of the ethical concerns about eugenics involve issues of morality and power.

Eugenic policies could also lead to loss of genetic diversity, in which case a culturally accepted “improvement” of the gene pool could very likely, as evidenced in numerous instances in isolated island populations

While the science of genetics has increasingly provided means by which certain characteristics and conditions can be identified and understood, given the complexity of human genetics, culture, and psychology. At this point, no agreed objective means of determining which traits might be ultimately desirable or undesirable, has been agreed. 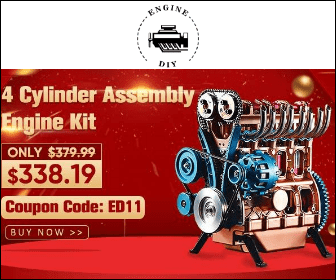